The FP7 PRECIOUS Project held its final review meeting at the European Commission (EC) premises in Brussels, Belgium, on Monday 19th, December, 2016. The review was attended by the EC Project Officer, three external reviewers and representatives from all the eight partners of the PRECIOUS consortium. During the morning session of the review meeting, the work package (WP) leaders presented highlights of the achievements of different WPs for the third and final year of the project.

In the afternoon session, there was an opportunity to witness the demo of the current version of the PRECIOUS app and receive reports from the user trials held in four different countries (Finland, France, Spain and UK), as well as, obtain insights from the exciting PRECIOUS hackathon held in Austria in September 2016. The afternoon session also allowed for some review on ongoing and planned the post-project exploitation activities.

Whilst the PRECIOUS project officially ended on 31st October 2016, there remains a strong legacy resulting from the project results. The news updates and collaborations on these developments will be maintained via all the PRECIOUS online dissemination channels. 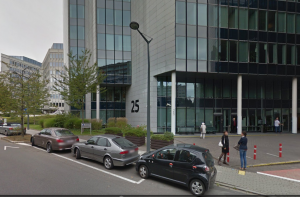 The PRECIOUS app has been recognised and registered in the TicSalut Foundation health app observatory.

e field of health. TicSalut acts as an observatory for new trends, innovation and monitoring of emerging initiatives and provides services for the standardisation and accreditation of products.

One of FundaciÃ³ TicSalutâ€™s key objectives has been to design the Master Plan of Health and Social Mobility, always in line with the strategy of the Catalonia Health Plan 2011-2015 and on commission from the Catalan Department of Health and the Department of Social Welfare and Family. The idea is to work closely with the Mobile World Capital Barcelona (MWC) Foundation to define the strategic plans of Health along with those of the Department of Welfare with respect to mobility and at the same time to make the projects defined in this area operative. The Foundation is therefore commissioned to bring together all projects of mobility and apps developed in the health and also in the social sector.